The second one-day international between Pakistan and Sri Lanka was held at the Sheikh Zayed Cricket Stadium, Abu Dhabi.

Pakistan won the toss and elected to bat first. Both teams were playing with unchanged playing XI.

Dew was a factor once more, and the pitch was suitable for the team batting first and could easily set a target of up to 300. Rain was expected.

Ahmed Shezhad and Fakhar Zaman opened the innings for Pakistan. Zaman, the Champions Trophy final star, couldn’t score much and got out to Gamage, scoring just 11 of 13 balls. One by one, Pakistanis were leaving for the dugout, Shezhad scored 8 of 17 and couldn’t handle the pace of Lakmal and got out to him. Hafeez just after hitting a maximum of the straight drive became a victim of Gamage, he scored just 8 of 11 deliveries. Shoaib Malik, the hero of the 1st odi had a comfortable start but couldn’t continue for long. Malik couldn’t handle the pressure and got out to Perera. He scored 11 of 15 deliveries.

The Skipper, Sarfraz Ahmed came to bat. Everyone thought that this time he will lead from the front and will score some valuable runs. But everyone was wrong and Sarfraz too went back to the pavilion early. He was limited to just 5 runs of 14 deliveries. The wicket of the skipper went in the hands of Perera. Wasim came to bat and he also left without scoring a big number of runs, he got out on just scoring 10 of 26 balls.

Babar Azam was the best as he scored another ton and got out on 101 0f 130 balls. Shadab played a promising part by scoring his maiden odi fifty of just 62 deliveries. He was unbeaten on 52 not out. Hassan stroked a six and a single to his name, Rumman went for a duck. Gamage took the most wickets 4. Babar was the best with the bat 101 runs to his name. Pakistan posted a target of 219 runs. Dickwella and Tharanga opened batting for the Lankans. Very early the first wicket fall down and Dickwella was gone just after scoring 3 of 7 on the ball of Junaid Khan. There was a long silence in the match. The Lankans were not scoring and the Shaheens were not getting any wicket. But Hassan Ali came into the attack and took his revenge on Mendis. Poor Mendis went after scoring just 10 of 24 balls. Tharanga was dropped by Shadab on extra cover. He was again dropped after a few overs, this time it was Babar Azam.

A lot of reviews were turned down and the result was always in the favor of Lankans. Pakistan was struggling, the captain was at the crease and was dropped a couple of times. But Thirmanne was not in the mood of standing for a longer period of time and too left the pitch by scoring just 12 of 34 balls, he got out to Malik. The magic of the young leggie, Shadab Khan was irresistible for the Lankan Tigers. He took 3 quick fire wickets of Chandimal, Siriwardana and Dhanajaya. They scored 2 of 4, 3 of 5 and 1 of 2 respectively. Before Dhananjaya, former no.1 all-rounder, Hafeez grabbed the wicket of the very dangerous Thisara Perera, he was out on 7 runs of 5 balls. It started to seem like the match has been dropped by the Green Caps. A 50+ partnership between the skipper and Vandersay was enough to kill the dreams of the whole nation. Yeah, it was all about if’s and if’s and only if’s. Yes and then came in Raees, the silent warrior, it was him and his planning’s only that gave Pakistan a breakthrough. Jeffrey was caught out on the ball of Rumman on just 22 of 55 deliveries. Sooner, another wicket fall, it was a run out and the victim was poor Lakmal scoring just 1 of 2. 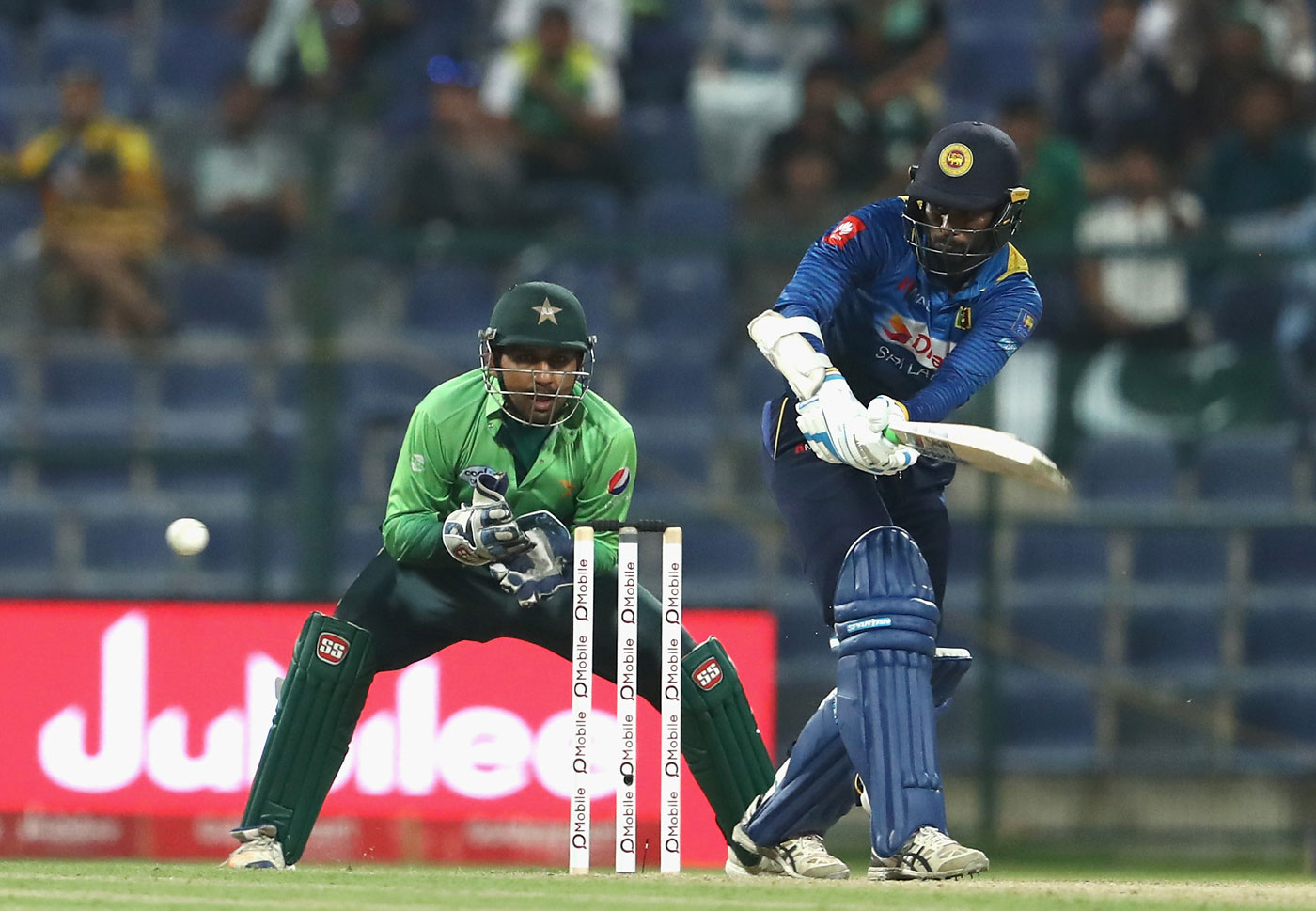 The match was entering in a nail biting situation. Their Skipper got to his ton in no time. Every ball was giving a mini heart attack to the PCT fans. They all were waiting for the last wicket to fall or the last ball of the match and the last wicket eventually was down as Gamage was run out for just 3 runs on 6 balls and Pakistan wins!

Upal Tharanga was unbeaten with the knock of 112 and the best bowling figures were of Shadab Khan 347.

MAN OF THE MATCH:

Shadab Khan for his half hundred and 3 wickets.