Mohammad Abbas was the hero of Pakistan’s series-clinching win over Australia in the Abu Dhabi Test, and also the star of the latest Test match rankings.

It was the Abbas show in Abu Dhabi all right. In the first Australia innings, he led the way with 5/33 to help Pakistan take a 137-run lead. Then, after the batsmen had set Australia 538 to win, he scythed through the top and middle order on his way to figures of 5/62.

Abbas’ tally after 10 Tests is 59. He’s already bagged four five-fors in Test cricket and this was his first 10-wicket haul in a match. No surprise then that he has dashed up the MRF Tyres ICC Test Player Rankings for bowlers, all the way from No.14 to No.3 with career-best rating points of 829.

Fast bowler Mohammad Abbas has taken only 10 Tests to reach third place in bowlers’ rankings chart. Only James Anderson and Kagiso Rabada are ahead of him, with 899 and 882 points.

Mohammad Abbas breaks into the top three of the @MRFWorldwide ICC Test Rankings for first time! 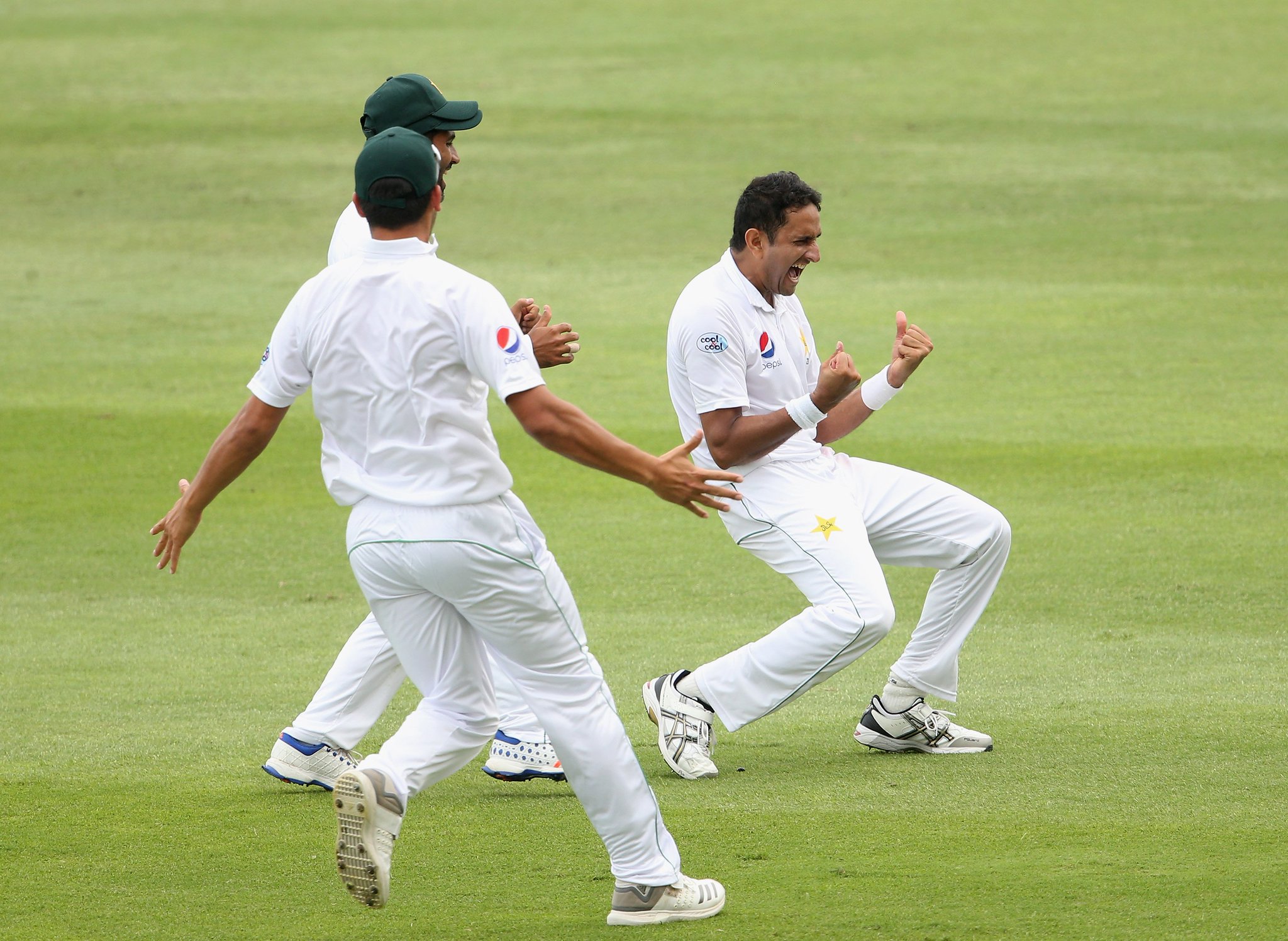 The 28-year-old has gained 11 slots to reach the top three and has also crossed 800 rating points, matching compatriot Yasir Shah and South Africa all-rounder Vernon Philander who also reached that threshold in 10 Tests.

Three players who reached the 800-point mark in fewer Tests did so in the 19th century – England’s Tom Richardson (eight) matches in 1896, Australia’s Charlie Turner (nine) in 1892 and John Ferris (nine) in 1892, who turned out for both England and Australia.

Abbas, who started the series in 21st position, is the 10th Pakistan bowler to reach 800 rating points. Apart from Abbas and Yasir, the others to breach the 800-point barrier from Pakistan are Fazal Mahmood (16 Tests), Imran Khan and Wasim Akram (both 37), Waqar Younis (12), Mushtaq Ahmed (25), Shoaib Akhtar (29), Mohammad Asif and Saeed Ajmal (both 19).

Pakistan off-spinner Bilal Asif is another bowler to gain in the latest update, advancing 17 slots to 52nd position, while Pakistan captain Sarfraz Ahmed has gained 17 slots among batsmen after his knocks of 94 and 81 in the second Test.

Pakistan opener Fakhar Zaman has entered the rankings in 68th position after scores of 94 and 66 on debut while Babar Azam (up nine places to a career-best 76th), Australia’s Aaron Finch (up 15 places to 59th), Mitchell Starc (up seven places to 89th) and Travis Head (up five places to 97th) are the others to advance among batsmen.

Meanwhile, Pakistan’s 1-0 series win in the two-match series has helped them gain seven points in the MRF Tyres ICC Test Team Rankings, coming within two points of sixth-placed Sri Lanka. On the other hand, Australia have slipped from third to fifth position.

The Test team rankings, unlike the ODI and T20I rankings, are updated after the end of the series.

ICC Test Team Rankings (as of 21 October, after the Abu Dhabi Test):